Every fall thousands of ducks and geese either come to California’s Central Valley to winter or pass through on the Pacific Flyway, the major west coast migratory route. Early December is time for my annual pilgrimage to see this amazing spectacle. 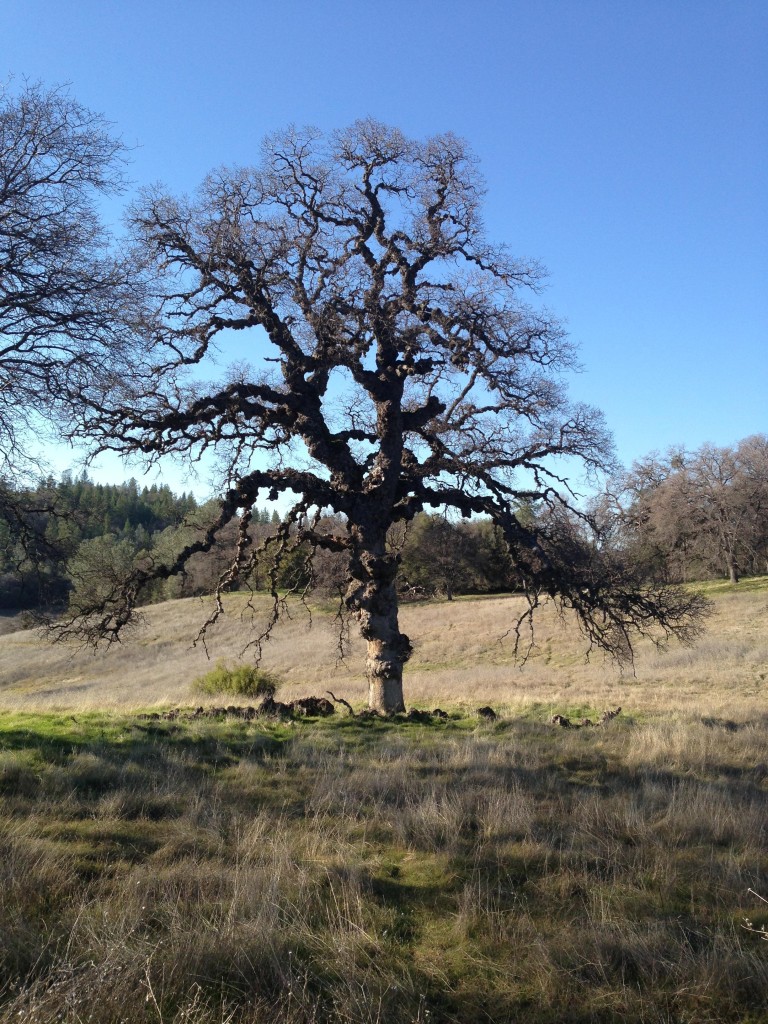 I got a late start on Saturday which was fine because by the time I arrived at the Colusa National Wildlife Refuge in Colusa, CA the sun had warmed things up a bit. It can get very chilly in the Central Valley in winter. I stopped in Dunigan to get some gas and while pumping spotted a Ferruginous Hawk circling overhead. That was a good find as they are only seen a few times per season. Indeed it was the only one I saw the entire weekend. Normally I would have driven all the way to the much more well known and well regarded Sacramento NWR but due to the late start (it was 11:00 AM by the time I got to Colusa) I pulled into the closer Colusa NWR instead. I first walked the Wetlands Nature Trail where I accidentally flushed a Barn Owl that nearly flew into my head. It scared the crap out of me. A Nuttall’s Woodpecker was working the trees and there were tons of Yellow-rumped Warblers, Ruby-crowned Kinglets, Bushtits, Northern Flickers, and Western Scrub-Jays. Raptors were everywhere. On the drive in from Highway 20 there were American Kestrels and Red-tailed Hawks. On the entrance road there was a Northern Harrier and a White-tailed Kite and there were many Turkey Vultures just about everywhere. A Great Horned Owl was perched in a tree near the nature trail. Back at the car I had my lunch before taking the auto tour. While I ate I noticed that while there were hundreds if not thousands of Greater White-fronted Geese flying over in enormous flocks, I had not seen any of the usually prolific Snow Geese. In the marsh were Marsh Wren, Bewick’s Wren, two Greater Yellowlegs, a couple of Black-necked Stilts, and many Killdeer. A couple of Black-tailed Deer were at the margins of the marsh. I started on the tour where I saw hundreds of Gadwall, Northern Shoveler, Northern Pintail, Cinnamon Teal, Mallard, American Wigeon, and American Coot. I noticed a fast flying falcon and got out to get some video when I accidentally flushed an American Bittern. The falcon turned out to be the only Merlin of the weekend. When I came to the bridge I saw dozens of Black-crowned Night-Herons in the canal and one Common Moorhen quickly ducking out of sight. Huge flocks of Red-winged Blackbirds swirled around and I picked out at least one Tricolored Blackbird in the flock. About that time a flock of Cackling Geese flew over. As I proceeded on the auto tour I came into huge flocks of Snow Geese. While picking through them looking for Ross’s Geese I found a few White-faced Ibis’s. There were also some Herring Gulls in with all the ducks and geese. I found quite a few Ross’s Geese and while searching the flocks came across one Eurasian Wigeon. Back on the entrance drive I came across a Loggerhead Shrike before turning back onto Hwy 20.

Next I headed east on 20 to Highway 99 north up to Gray Lodge Wildlife Area. It was getting late and I only had about two hours of sunlight so I walked the Wetlands Trail and then the hiking trail that leaves from the south end of the parking area and had no time for the auto tour. I figured with all the great birds I had seen at Colusa I probably wasn’t going to add anything to my list for the weekend anyway. There were dozens of Common Moorhens on the nature trail and I found one Fox Sparrow, one Nuttall’s Woodpecker and then many of the same birds as I had seen at Colusa. On the hiking trail I found a Cooper’s Hawk hiding in a tree and there were a few Ring-necked Ducks in the water. Hundreds and hundreds of White-faced Ibises continuously flew overhead. As the sun began to sink in the west I heard a Great Horned Owl hooting. As I walked along somethign spooked the geese and a flock of perhaps thousands of Snow Geese took off into the airways in en masse. To see his gaggling, cackling mass of our feathered friends frenetically flying up into the skies is one of the greatest sights of nature to behold. When it was too dark to bird I left and drove to Sacramento for the evening.

Sunday morning I drove from Sacramento to the Vic Fazio Yolo Wildlife Area, an Important Bird Area. It was windy and cold and there were lots of people, birders and hunters. I got out at the first parking lot and studied the ducks. In with the Cinnamon Teals were three Blue-winged Teals, an uncommon sight for California. Hundreds of Tundra Swans were flying in huge v’s overhead but I saw no Snow Geese at all. I walked the hiking trail where I saw lots of Savannah Sparrows and American Pipits and one Wilson’s Snipe. A flock of dark geese flew over and I got them in my scope. They were “Aleutian” Cackling Geese, a sub species of Cackling Geese that winter in the Central Valley. One lone Long-billed Curlew flew past. On the auto tour the only shorebirds I saw were two Dunlins, a couple of Least Sandpipers, two Greater Yellowlegs, and another Curlew. There were more Harriers, Red-tailed Hawks, and one White-tailed Kite and just before I left one Red-shouldered Hawk perched on some tall reeds.

I drove up I-80 to where it splits into Highway 50 and took that to Watts Avenue where I had hoped to check some spots on the American River. Watts Avenue was closed due to the marathon and I was stuck in some bad traffic so I just turned right at the first intersection, American River Parkway until it ended at Arden Way where I was so lucky to find the William Pond Recreation Area, formerly Arden Bar. This is a very scenic park. I parked at the end and started walking. The trail followed along the American River for a mile or so. As I walked along it finally began to warm up. I looked into the river and was surprised to see six Wood Ducks. There were at least a half dozen Great Blue Herons, some Canada Geese, and one Mute Swan (most likely an escapee). As I walked along I noticed a huge flock of gulls on the river. It was mostly California Gulls but there were also a couple of Herring Gulls and I could have sworn I saw a Glaucous-winged Gull too. I also spotted a few Common Goldeneyes and one lone Common Merganser. An Osprey was patrolling the river for fish and a Downy Woodpecker was pecking the sycamores that lined the river. As I walked back toward the parking area I flushed a Green Heron. Then it was time to return to the Bay Area.