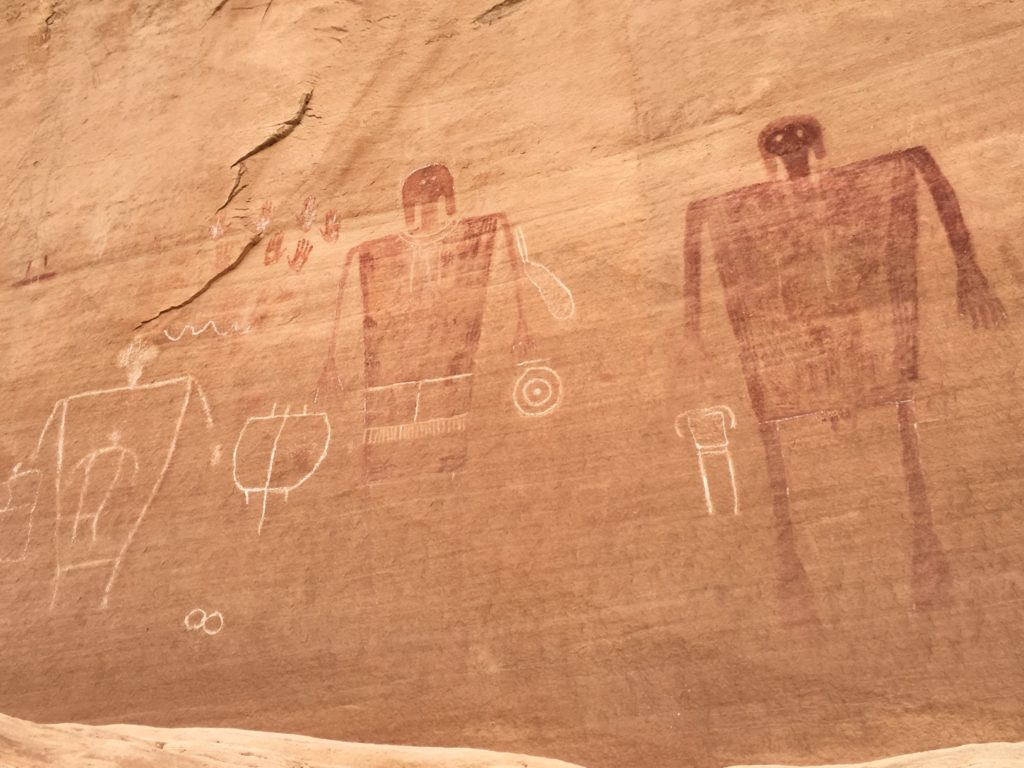 The monuments were Mr. Obama’s last effort to protect public lands and waters from development and to nail down as much of his environmental legacy as possible before President Trump, the most anti-environmental president in the history of the US, took over.  Trump wasted no time in trying to undo Obama’s environmental legacy, first appointing a spineless and soulless sycophant as Secretary of Interior, Ryan Zinke, whose first official act was to visit the national monuments designated by Obama and recommend their dismantling to open them to oil and gas drilling and coal mining.  Fortunately Zinke was ousted from office in shame after it was unveiled that he had committed numerous ethics violations.  He has now returned to his native Montana and we hope to never hear from that despicable wretch ever again.

The family of a Nevada rancher, Cliven Bundy, whose property is adjacent to Gold Butte, helped take over a national wildlife refuge in 2016, because the family refused to pay taxes and wanted to graze their cattle for free on public lands.  They prodded Trump to reverse Gold Butte National Monument and he has signed a proclamation purporting to do so.  Trump also signed a proclamation that would reduce Bears Ears National Monument to just 300,000 acres and reduce Grand Staircase-Escalante National Monument to just one half of its original size.

These monuments were designated under the executive authority of the 1906 Antiquities Act, and encompass Native American sites of sacred and archaeological importance, as well as wildlife habitat, gorgeous hiking areas, and important paleontology sites as well with new dinosaur species found there very recently.

For years European settlers to this country have robbed Native Americans of their land and reducing Bears Ears and Grand Staircase just continues this country’s continued assault on Native Americans.  Worse than that though, Trump’s illegal proclamation reducing these marvelous areas is nothing short of a blatant land grab by Trump’s friends in the coal and oil industries.

Mr. Obama designated about 553 million acres as national monuments, more than any of his predecessors. While Trump has vowed to undo Mr. Obama’s environmental agenda, no president has undone a predecessor’s designations of national monuments in the law’s 110-year history and there is no authority for it in the Antiquities Act.
“The Antiquities Act gives the authority to create monuments and does not give explicit authority to undo them,” said Christy Goldfuss, the managing director of the White House Council on Environmental Quality.

Native American groups, environmentalists. and I all hailed Mr. Obama’s moves in Nevada and Utah to protect these precious national treasures from environmental rapists such as Trump and his reprehensible discredited Secretary of Interior, Zinke.  Mr. Obama’s designation of Bears Ears as a national monument would have  created a first-of-its-kind tribal commission of representatives from the five Native American tribes that live in the region. The commission would have advised the monument’s federal managers.

Trump’s illegal proclamation reducing Bears Ears would reverse that and instead turn the land over for oil development.

I visited Bears Ears in 2017 and was able to witness first hand many of the outstanding archeological treasures and beautiful landscape protected there.  We are indebted to President Obama for working hard to preserve some of this great country and the beautiful world that supports and nourishes us all.

The Five Native American Tribes that sought to protect Bears Ears as well as Patagonia Company and four environmental groups including the Natural Resources Defense Council and the Sierra Club have filed lawsuits to stop Trump’s outrageous attempt to steal our national park lands.  The lawsuits are pending  in a federal court in Washington, DC.  It took the judge almost two years to rule against the Trump Administration’s attempt to change venue to Utah.  Now the judge needs to dismiss the Administration’s Motion to Dismiss the lawsuits and let the case go to trial.  Whatever the outcome, history will treat Mr. Trump unkindly and most likely his presidency will end in disgrace.  Shame on you Trump and shame on you Zinke.  Shame.