My parents met at the University of South Carolina when my mother was a freshman there.  Her friend, Whit, invited my mother to go with her to Pawleys’ Island.  My father tagged along and later when they got married they agreed to go to the beach at least once every year.  So after they got married they started going to Myrtle Beach, South Carolina for a week every year.  Later after they had children they continued the tradition.  This year marks 65 years that my family has been going to “the beach” for the family vacation.  After a few years Myrtle Beach got too big with high rises and they moved the vacation to North Myrtle Beach, SC.   For about the past 15 years we have been going to Cherry Grove Beach in North Myrtle Beach.  Sometimes at the beach we have entertainment night.  For entertainment night this year I wrote this original poem:

And Still They Come
By Michelle Brodie
August 24, 2017
Young lovers on Pauley’s Island, a Charleston Beach
He lies on the sand under the stars dreaming how later her hand in marriage he will beseech
Married now and she with a son near
They vow to return to this beach or some beach at least once every year
Like the wide plateau of the sea
Their family expands as though it will never cease
Little ant-infested cabins with salt-infused water like Haul Haven
Are replaced with high rises up and down the coast
Ha ha ha of the Laughing Gulls mocking the passage of time like a cackling boast
The sky turmeric with the setting sun marks time slipping past
Soon one leads to ten; it all happens so fast
Still they come
January brings a rare snow inland where they usually reside
Not too early for a young girl to cram a grocery bag full of shorts and shirts in anticipation of the annual trip to the tide
A trip that takes on enormous proportions
For the year hastes away in fractional contortions
Already the car is packed with kids and her nose pressed against the Barracuda’s glass
Her sister’s sweaty thigh pressed against her ass
“Don’t touch me!” Useless to say in the exploding confines of a car meant for six but kids piled in like hay
A blue boat sails over the glass and blots out the sun cooking her like toast
Soon it’s returned to its place and they are on their way again to the coast
To the coast and still they come
The little cottages disappearing
The growing family moves farther and farther into the clearing
Til finally they are bunched up at the border
And still there is no order
Always chaos
Chairs flipped over, papers snatched, children pounce
Yet not one of them would trade any of it for a billion or an ounce
As way leads on to way they might never pass this way in years to come
And yet a mother’s wish that they return and their own hurricane desires assures that for one week every year forever more a beach in South Carolina will be their home
And still they come 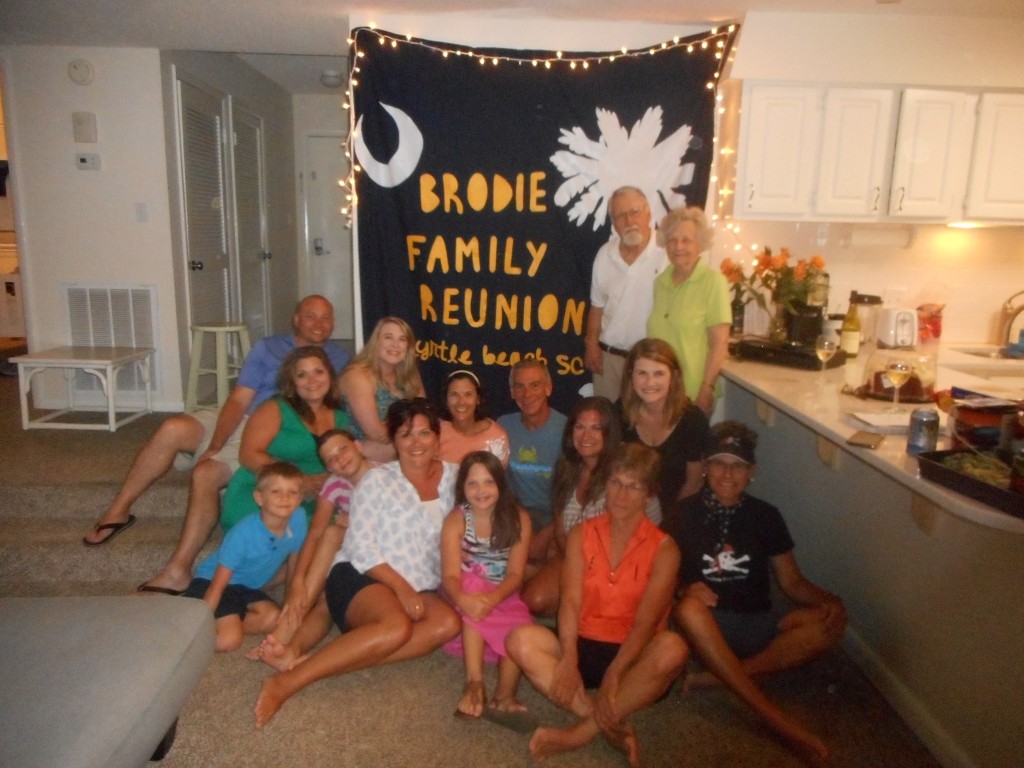